Along with the 14 constituency focal points there are an additional four focal points who represent the five regions of the Asia Pacific. Currently we have representatives for South East Asia, Central Asia and South and South West Asia. The positions for East Asia and the Pacific are currently vacant.

NGO Federation of Nepal (NFN) emerged as an umbrella organisation of NGOs in the aftermath of democratic political change and establishment of multiparty parliamentary system in 1990. Since its establishment in 1991, the NFN apart from defending NGOs’ autonomy has been fighting for promoting human rights, social justice and pro-poor development. Today, it has evolved as a leading civil society organisation in Nepal with 5,643 NGOs affiliated to it from across the country and has also received Special Consultative Status from UN Economic and Social Council. NFN is an autonomous, independent and politically non-partisan organization, governed by its own constitution. 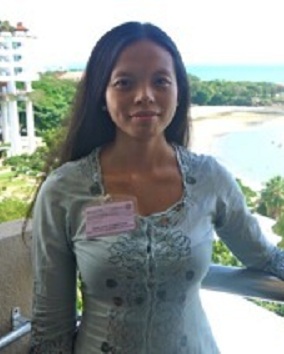 IBON International is a service institution with an international character and scope of work which advocates social justice and social transformation through knowledge building, knowledge sharing, and by performing a broad range of related capacity development functions. In its advocacy, they cooperate mainly with social movements and civil society constituencies in all regions of the world, especially in the global South and among marginalized groups.

The Forum of Women’s NGOs of Kyrgyzstan (FWNGO) was set up in 1994. FWNGO was created to provide assistance to women’s NGOs via the development of a network as well as opportunities for mutual cooperation. On the 4th April 1996 the Forum was registered in the Ministry of Justice as a non-profit non-governmental organization of the republican level. It was re-registered on 10th October 2005 (required according to the new law on civil society organizations) in the Ministry of Justice of the Kyrgyz Republic.